Attention Deficit Disorder (ADD) or Attention Priority Issue (API) as I now like to refer to it, anxiety, mood disorders, autism, and other conditions are not single or simple disorders. They all have multiple types and are often hard to diagnose. According to Dr. Daniel Amen, there are 7 types of ADD. Despite having a father with ADD, marrying a man with ADD, questioning my own brain, and ultimately having a son with ADHD, I was, until recently, unaware of the variety and depth of the condition. I discovered the 7 types of ADHD and (parallele conditions) in a Mindvalley interview founder Vishan Lakhani and Dr. Daniel Amen.

A Summary of Amen’s 7 Types of ADD along with his proposals for treatment.

The following information is based on information from his book Healing ADD: The Breakthrough Program That Allows You to See and Heal the 7 Types of ADD and an article in ADDitute Magazine, The 7 types of ADD– and How to Treat Each One.

1. Classic ADD
This is the easiest type to spot of the 7 types of ADD.
Symptoms: Inattentive, distractible, hyperactive, disorganized and impulsive. Normal brain activity at rest; decreased brain activity during concentrated tasks.
Cause: Dopamine deficiency; decreased blood flow in prefrontal cortex and cerebellum, as well as basal ganglia, which helps produce dopamine.
Treatment: The goal of treatment here is to boost dopamine levels, which increases focus. This can be done with either stimulating medications — Ritalin, Adderall, Vyvanse, Concerta — or stimulating supplements like rhodiola, green tea, ginseng, and the amino acid L-tyrosine. Getting lots of physical activity also helps increase dopamine, as does taking fish oil that is higher in EPA than DHA.

2. Inattentive ADD
This type, as well as Classic ADD, have been described in The Diagnostic and Statistical Manual (DSM) of Mental Disorders since 1980.
Symptoms: Short attention span, distractible, disorganized, procrastinates, may daydream and be introverted; not hyperactive or impulsive; impacts girls as much or more than boys.
Cause: Dopamine deficiency; low activity in the prefrontal cortex.
Treatment: It is often possible to change the course of a person’s life if he or she is properly treated. Stimulant medications, such as Adderall, Vyvance or Concerta, or stimulating supplements, such as amino acid L-tyrosine with a high-protein, lower-carbohydrate diet and regular exercise are good treatments.

4. Temporal Lobe ADD
Of the 7 types of ADD, temporal lobe ADD has core ADD symptoms along with temporal lobe (TL) symptoms.
Symptoms: Core symptoms of Classic ADD, as well as learning, memory, and behavioral problems, such as quick anger, aggression, and mild paranoia.
Cause: Abnormalities in the temporal lobe; decreased activity in prefrontal cortex.
Treatment: Amino acid GABA (gamma-aminobutryic acid) to calm neural activity and inhibit nerve cells from over-firing or firing erratically; magnesium to help with anxiety and irritability; anti-convulsant medications to help with mood stability; gingko or vinpocetine to help with learning and memory problems.

5. Limbic ADD
Limbic ADD looks like a combination of dysthymia or chronic low-level sadness and ADD.
Symptoms: Core symptoms of Classic ADD, as well as chronic low-level sadness (not depression): moodiness, low energy, frequent feelings of helplessness or excessive guilt, and chronic low self-esteem.
Cause: Too much activity in the limbic part of the brain (the mood control center); decreased prefrontal cortex activity, whether concentrating on a task or at rest.
Treatment: The supplements that work best for limbic ADD are DL-phenylalanine (DLPA), L-tryosine, and SAMe (s-adenosyl-methionine). Anti-depressants Wellbutrin or Imipramine are good medications and exercise, fish oil, and diet modifications are important parts of the treatment.

6. Ring of Fire ADD (“ADD plus”)
Ring of fire patients don’t have an underactive prefrontal cortex, as with Classic and Inattentive ADD. Their entire brain is overactive.
Symptoms: Sensitivity to noise, light, touch; periods of mean, nasty behavior; unpredictable behavior; speaking fast; anxiety and fearfulness.
Cause: A ring of hyperactivity around the brain (the entire brain is overactive, with too much activity across the cerebral cortex and other areas).
Treatment: Stimulants alone may make symptoms worse. Begin with an elimination diet. If an allergy is suspected, neurotransmitters GABA and serotonin are boosted through supplements, such as GABA, 5-HTP, and L-tyrosine, and medication, if necessary. For medications, begin with anticonvulsants and the blood pressure drugs guanfacine and clonidine, which calm overall hyperactivity.

7. Anxious ADD
People with this type have hallmark ADD symptoms, and they are anxious, tense, have physical stress symptoms like headaches and stomachaches, predict the worst, and freeze in anxiety-provoking situations, especially where they may be judged.
Symptoms: Core symptoms of Classic ADD, as well as being anxious and tense, having physical stress symptoms like headaches and stomachaches, predicting the worst, freezing in anxiety-provoking situations, especially if being judged.
Cause: High activity in basil ganglia (the opposite of most types of ADD, where there is low activity).
Treatment: Promote relaxation and increase dopamine and GABA levels. ADD stimulants, taken alone make patients more anxious. Begin with a range of “calming” supplements, such as L-theanine, relora, magnesium, and holy basil. Tricyclic antidepressants Imipramine or Desipramine to lower anxiety, depending on the individual. Neurofeedback to decrease symptoms of anxiety, especially to calm the prefrontal cortex. 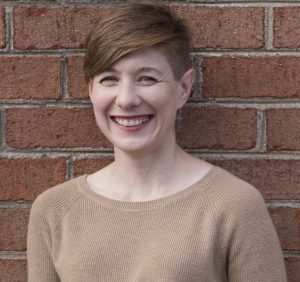